Products ▸Clear Finishes▸Tuffcoat
Enquire about this Product Place an Order 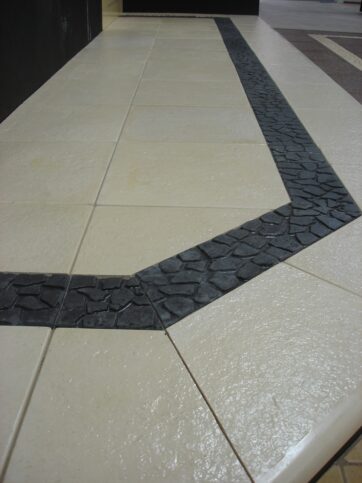 Find a distributor near you
Product Info Sheet

Tuffcoat is a water-based coating which cures into a hard clear non-toxic film with excellent U.V. resistance, making it ideal as an exterior floor coating. It is based upon not one but two high performance acrylic polymer emulsions, including a urethane, which together offer many impressive characteristics. Tuffcoat is cross-linked by the addition of Tuffcoat PART B; which produces a clear film with high gloss, hardness, wear resistance and good flexibility. In addition, the cross-linking action gives rise to a vastly improved resistance to chemicals, wear and abrasion. It is not recommended to use the PART “A” liquid on its own – the PART “B” hardener should always be added in the correct ratio (see below). An interesting feature of the Tuffcoat is that, after 36 hours from adding the Part “B” hardener, the mixture reverts back to a single pack system which thereby avoids wasted mixes for large contract areas. Warning: Although the Tuffcoat itself is resistant to U.V. radiation, it does not stop the U.V. from penetrating the film and attacking the surface underneath. Tuffcoat should not be used on surfaces which are affected by U.V. e.g. timber etc. Special Features:

If you have any questions about this product please email us 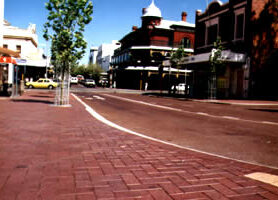 Close up of pedestrian precinct area. 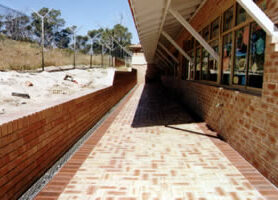 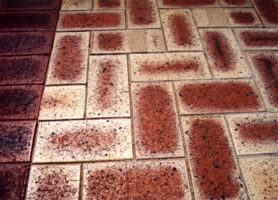 Close up of the pavers showing detail of the sealed surface.
If you have any questions about this product please email us

Please note that we do stock additional colours so please contact us if you have any enquiries.